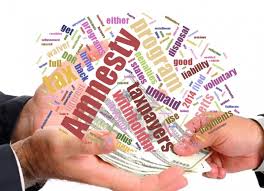 JAKARTA  –Indonesian firms ranging from restaurant chains to snack makers are stepping up investment and launching new products as improving economic conditions and easier access to credit drive a spurt in consumer demand in the country of 250 million people.

Consumption, which typically makes up more than half of Indonesia’s gross domestic product, is often seen as a key indicator for the health of the overall economy.

Astra, which derives most of its revenue from auto distribution, posted a 12 percent fall in net profit for the six months ended June 30 from a year earlier due to weaknesses at its financial services and mining equipment businesses.

The company expects the launch of its new line of cars and motorcycles to support its performance in the second half of this year, Sugiarto said.

Helping support consumer activity are signs economic growth is gaining momentum and a relaxation in the central bank’s rules for property loans, which take effect this month.

Data last week showed Southeast Asia’s largest economy grew a stronger than expected 5.18 percent in the second quarter, its fastest pace in two and a half years. This marks a pickup from 2015, when the economy posted its weakest growth in six years as consumers reined in spending.

Companies are now starting to turn bullish on the outlook for this year. A survey of 25 “relatively large” Indonesian companies published by Nomura last week shows that 89.5 percent of respondents expect more favorable business conditions in the next 12 months.

“There seems to be widespread recognition that the government’s reform efforts are on the right track,” Nomura said.

The company, which is known for its Kopiko candies and Beng Beng wafers, is benefiting from lower raw material costs as imports have become cheaper due to the stabilization of the Indonesian currency, Lesmana said.

So far this year, the rupiah has strengthened nearly five percent against the dollar as investors turned more confident about key government programs such as infrastructure building and a tax amnesty scheme.