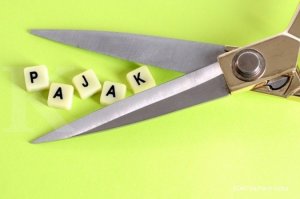 Indonesians who have stashed billions of dollars abroad over the years can now bring their hoard safely back home – literally, to a newly bought condo.

That’s the pitch from PT Intiland Development Tbk and other Indonesian property developers that aim to grab a slice of at least $30 billion expected to be brought back to Southeast Asia’s biggest economy under a tax amnesty program implemented last month.

Intiland has launched a new marketing campaign featuring a bird soaring above high-rise towers, with the slogan: “Buy property with tax amnesty.”

“This is a positive momentum for the tax amnesty, which we will take advantage of as maximally as we can,” Intiland director Archied Noto Pradono told reporters last week.

Indonesia will impose a 2-5 percent tax for assets brought back by March 2017 in return for a pardon for past evasions. The funds must be kept in Indonesia for three years and can be invested in several ways, including direct purchases of property.

The amnesty comes amid heightened scrutiny in Singapore and wealth management centers elsewhere over undeclared wealth. Indonesia, Singapore, Switzerland and Hong Kong are among 101 jurisdictions committed to start exchanging information to combat tax evasion by 2018.

Singapore-based bankers and lawyers expect roughly $30 billion to exit the city-state, where around $200 billion of Indonesian money is parked.

Wealth managers say the new tax information exchange would motivate some of their clients to repatriate funds, and Indonesia’s deposit rates are generally higher than elsewhere in the region. But they still have concerns about currency risk – the Indonesian rupiah has ranged between 8,200 and 14,730 to the dollar over the past 15 years – as well as uncertainties about future tax liabilities after they declare their assets.

Nevertheless, President Joko Widodo said on Monday his government will “go all out” to ensure the success of the scheme. He has roped in respected former World Bank managing director Sri Mulyani Indrawati as his new finance minister with a particular mandate to spearhead the tax drive.

Officials are betting that wealthy Indonesians would opt to pay the relatively low tax rates on their assets under the amnesty, rather than receiving a tougher penalty once the automatic information exchange kicks in.

Indonesia’s residential property sales grew 1.5 percent quarter-on-quarter in the January-March period, down from 6.0 percent in the previous three months, in line with a broader economic slowdown, according to the latest survey by the central bank.

Property developers pinning hopes on the tax amnesty to help revive sluggish sales in the country of 250 million people will be targeting individuals such as Indonesian banking-to-property tycoon Tahir.

“Many will participate (in the tax amnesty), including me,” Tahir, who was ranked Indonesia’s 10th richest person by Forbes with an estimated net worth of $2 billion last year, told Reuters in a text message.

Tahir, who goes by one name, said he has not decided which Indonesian assets to invest in. He declined to disclose how much money he plans to bring home and from where.

Indonesian state-controlled lender PT Bank Tabungan Negara Tbk is partnering with some developers to offer investment opportunities to its clients, said President Director Maryono, who goes by one name.

Maryono estimated the tax amnesty could boost the high-end property market by 5-10 percent next year, while Tulus Santoso Brotosiswojo, a director at PT Ciputra Development Tbk, expects at least 20 percent of the repatriated funds to be invested in the overall property sector.

Property assets priced above 2 billion rupiah ($153,000) are likely to sell more, as people who were previously scared of being chased by the tax office would now be less hesitant about making such purchases, Adrianto Pitoyo Adhi, President Director of PT Summarecon Agung Tbk, told Reuters.

Estimates on how much the scheme will revive the property market vary. Shares of developers haven’t risen much since the announcement, highlighting some doubts over the sector’s immediate rebound.

Nevertheless, wealthy Indonesians have a historical preference to invest in property as it has proven to be “quite profitable” over time, said Jeffrosenberg Tan, a director at securities firm Sinarmas Sekuritas.

“This sector could be the first to see tax amnesty inflows.”