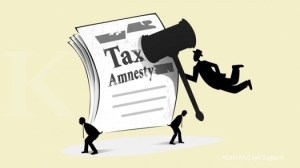 The government needs to push for tax reforms after what is likely to be the nation’s last tax amnesty ever so as to boost its stake in the economy, says the Organization for Economic Co-operation and Development (OECD).

The intergovernmental economic group highlights that low tax revenues and public spending have undermined the quality of social services and widened infrastructure gaps — all of which are considered priorities under President Joko “Jokowi” Widodo’s leadership.

The OECD finds that Indonesia’s tax base is narrow and compliance is weak, according to its 2016 Economic Survey on Indonesia launched on Monday. Out of Indonesia’s 260 million citizens, only 27 million were registered taxpayers in 2014 and only 900,000 paid what they owed.

As part of the efforts to boost compliance, the government should stress that Indonesia’s ongoing tax amnesty, which has revealed almost US$300 billion in undeclared assets, would be the country’s last amnesty ever before full penalties are applied and Indonesia adopts a global information exchange system.

“Authorities must communicate clearly that this offer will not be repeated,” the OECD said in its report.

The government has earned Rp 97.7 trillion ($7.5 billion) in revenues from penalties through the tax amnesty, with Rp 3.8 quadrillion in assets declared in the program, which is running from June 2016 to March 2017, government data show.

OECD secretary-general Angel Gurria said Indonesia should find ways to broaden its tax base following the current tax amnesty as the country’s tax ratio was 10.7 percent of its gross domestic product (GDP), which is lower than its neighbors in Southeast Asia.

“Revenues should be strengthened because the country needs to finance education, housing and so many things,” he told the press on Monday after a meeting with Jokowi along with OECD delegations.

Gurria said the organization suggested that the Indonesian government should reform its tax authority through better administration and strengthening “the whole army of tax officers”, which would create a culture of compliance in the future.

Some breakthroughs that could be applied include the simplification of tax payments, the better training of tax officers and equipping them with better network systems and digitization.

With the upcoming implementation of the global Automatic Exchange of Information (AEOI) between tax authorities in 2018, he said the Indonesian government would actually have a helpful tool to boost tax compliance as the measure would force tax evaders out of their hiding places.

Mohammad Faisal, the research director at the Center for Reform in Economics (CORE) Indonesia, also called for the government to ensure a significant increase of the tax base post-tax amnesty through heavy reforms in the tax authority.

“Tax reports should be simplified as the current scheme is still complicated, even for highly educated people. Imagine [what it is like] for the bigger portion of our population, who consist of the 67 percent who have less than junior high school educations,” Faisal added.

Aside from digging up new taxpayers, he said the government should also strengthen its credibility by implementing stronger “carrot and stick” tactics against tax evaders. “However, building credibility is not easy because of low trust in the tax authority, since there were many cases of fraud by tax officers,” he said.

Kenta Institute senior economist Eric Sugandi also said the amnesty provided the tax office with better taxpayer data to widen the taxpayer base in the future.

The OECD survey also stressed that low tax revenues and inefficient public spending had caused the government to contribute less to Indonesia’s economic growth, resulting in a government-spending-to-GDP ratio of less than 20 percent, the lowest among emerging economies and lower than more than 40 percent in developed countries of the OECD.

“Increasing revenues is a priority to fund needed infrastructure and social programs,” the OECD report reads, adding that budget reallocation from personnel and subsidy spending would raise efficiency of public spending and make it more inclusive. 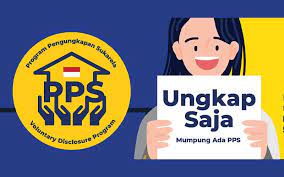